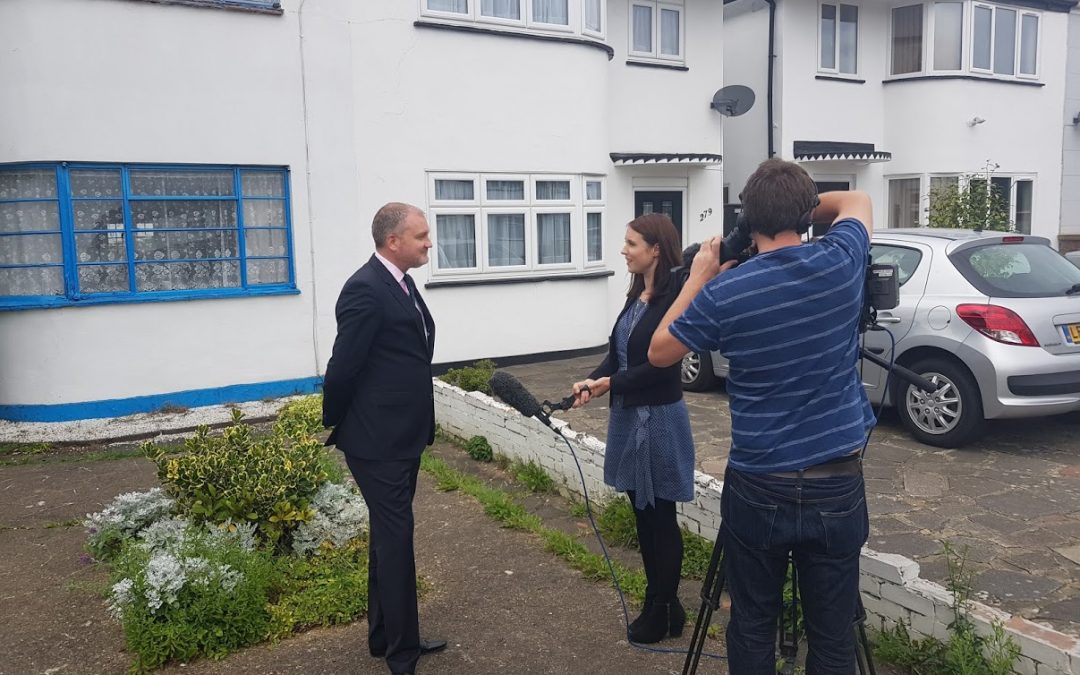 You decide to trade in your car for something newer. The salesman tells you how much your car is worth as part-payment and you go ahead and buy the new one.

You visit your accountant for your yearly chat about how business has been and he tells you what your tax bill is likely to be next year.

You take driving lessons and undertake just enough of them to get you ready to pass your test based on your instructor’s expert assessment of your progress. Half a dozen should do it.

You check out the menu outside a posh looking West End restaurant and are reassured that the prices look ok. You go in, sit down and order.

You can just about afford that loft conversion based upon what the builder told you it would cost…etc.

These are all familiar events in life that we determine and decide upon based largely on the interactions with the relevant experts involved, guiding you on cost and likely outcome.

But what if the driving instructor was totally wrong and the examiner laughed you out of the car in the first few minutes of your test? The posh restaurant used their menu board as ‘just a rough guide’ for you to cough up your Steak au Poivre when the bill arrives and it’s for twice the amount that you’d expected.

And what if your tax bill, having been guided by a professional as to what you were reasonably in for, ended up resembling something akin to the words on the side of a Vote Leave bus? As for your precious part exchange, well, it turns out that the figure quoted was optimistically plucked out of the air just to get you over the line and actually bares no relationship whatsoever to what the dealer actually gives you on the day that you excitedly go to collect your new steed.

In all of these scenarios we would kick-off. We’d play up as to how we’d relied on the advice of the professional and had budgeted accordingly. ‘It’s frankly unacceptable for the end result to be so totally different to what was originally indicated’, you’d say. And you’d be right.

Yet, estate agents get away with such inaccuracies each and every day.

When I say inaccuracy, it is not that agents don’t know their stuff and accidentally over-value potential listings – although that does happen, I’m sure. No, the problem of appraising a property and telling the homeowner to expect ‘x’ when in fact ‘y’ is the truth, is a scenario that more often than not is a tactic rather than just laziness or a lack of competence. It’s done on purpose and is, by my reckoning, tantamount to fraud.

The definition of fraud is the act of attempting to gain through deception and via deliberate trickery. Therefore telling a prospective property seller that they should expect to achieve £450,000 when £400,000 is the real number, is as dodgy as a timeshare salesman on a beach in Tenerife.

Consider this in the context of how estate agency works:

But what of the fact that the agent only earns a commission if the home is actually sold? Surely this messes with my argument given that an overly inflated price means a sale is unlikely?

Well, that would be true were it not for the ‘usefulness’ of sole agency agreements.

Typically, an estate agency firm will contract a seller to an exclusive period of marketing – often 12 to 16 weeks although I’ve seen them as long as six months. That’s an awfully long time to be locked into one agent. Especially one that deceived you with a fake valuation at the outset.

Given the keenness for many people to actually sell and move home once they have listed their home for sale, the only answer to their eventual frustration at not having sold is to reduce the asking price of their property and always fuelled by the ‘new advice’ of the agent that turns to such anecdotes as ‘the market is quieter now’ and ‘it’s a bad time of year’ and so on. The owner reduces, begrudgingly, and the property sells once it’s been reduced enough but, of course, the marketing sweet-spot has been missed and the listing was looking pretty stale in the end so it probably sells for less than it would have done if it had been priced properly originally.

According to Zoopla around 40% of all properties listed on the portal have been reduced in price. Some more than once. WHICH? reported in early 2019 that the reduction required to sell an over-optimistically priced home was 6.9%. That’s £16,000 based upon the average UK house price. In another article that the consumer organisation published on the subject they said ‘If an estate agent overvalues your property and you put it on the market with them at that price, it could be the worst thing you do. Price high, sell for less in the end’.

Moreover, around 60% of properties do not sell via the first estate agent instructed but a subsequent one instead. In other words, most properties listed for sale will fail to find a buyer through the original estate agent employed. Why? Often because that agent overpriced the house in the first place.

The implications of this fraudulent practice are wide. Disappointment, frustration, the need to re-budget. Perhaps even a requirement to go back to the mortgage lender to ask for a bigger loan. But also, much time wasted. Time that also means stress and, moreover, with it the risk that the new property chosen and settled upon as ‘home’ is lost. School preparations, work moves and so on… all messed with.

In theory, an estate agent has a duty of care to the homeowner when valuing a home. They are not a ‘passive intermediary’ but a professional valuer that certainly sets themselves out to be just that. But, no matter how hard you scour case-law or the Property Ombudsman website, you will not find many recorded instances of complaints upheld against agents for the harm that their pie-in-the-sky pricing has caused. Even though the small print within the Ombudsman’s Code of Practice does albeit fleetingly state that ‘…market value must never be misrepresented…’.

And yes, the broad spectrum of the Consumer Protection from Unfair Trading Regulations 2008 is that an estate agent may not ‘give false or misleading information to consumers’ (4.3-4.6) and it is also provides that an agent ‘must act within the standard of skill and care that is in accordance with honest market practice and in good faith’ (4.21-4.24). But in reality these aspects of legislation are broad-brushes and rather vague and certainly not specific enough to the issue itself that I am raising here. Frankly, most estate agents would not know the contents of the CPRs if you asked them in any case.

No. More teeth are needed to stop this dangerous and unprofessional habit that is plaguing our industry.

In recent years we have seen lots of governmental jibes at the property industry come to pass, especially where landlords and letting agents are concerned. Stamp Duty hikes, tax-relief raids, Section 21 consultations and tenancy fees abolished. None of these have been particularly well thought through nor indeed necessary however there is an opportunity for this new government to do the right thing for once now that it is to be less distracted by Brexit (we hope) and my call is that the age old and largely unamended Estate Agents Act 1979 be updated to specifically outlaw the over-inflation of residential property valuations for the purposes of gaining listings by deception.

Do you agree with me? Is a more robust and purposeful approach needed for the betterment of consumer and industry alike? Or do you think a specifically unregulated approach is just fine as it is?