Corporate Estate Agents vs Local Independents. Which Is The Best? 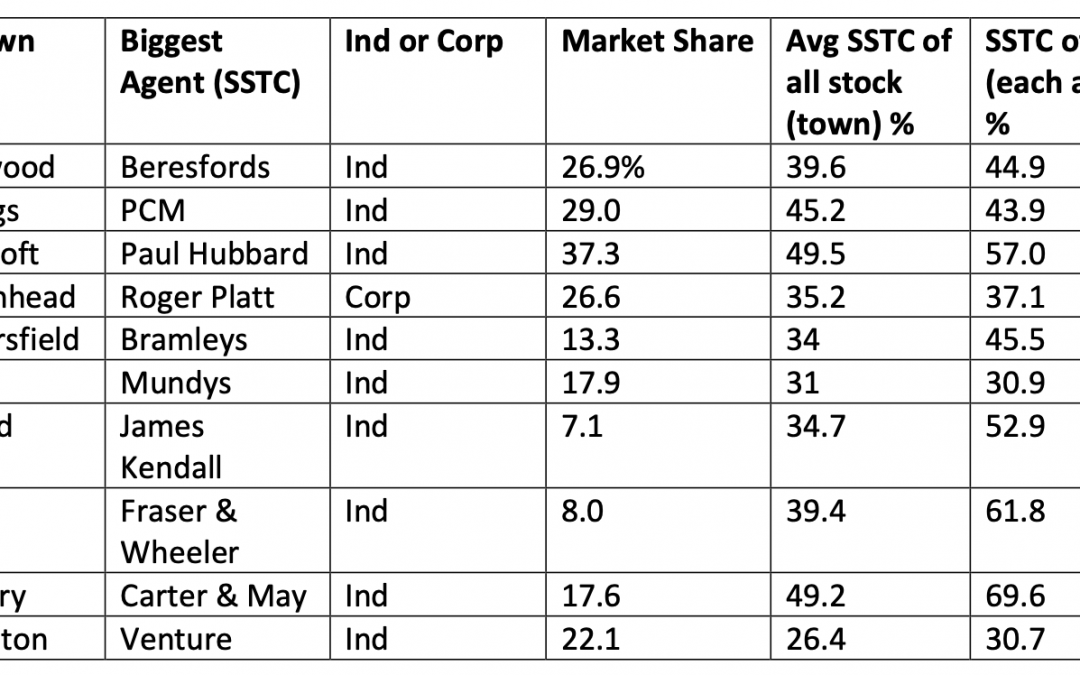 In recent years there have been huge, polarising debates around the future of the estate agency industry and indeed, over which business model is best.

I happen to believe, having been up down and sideways in this industry in various guises for 25 years, that the question of ‘…which business model will win…?, is not the question at all. Because as with just about every other sector in commerce there’s room for a variety of approaches.

For instance, restaurants survive and thrive as upmarket, budget, sit-in, take-away and, now, delivery led organisations. The motor industry majors on variety with hybrid this, electric that and gas guzzler the other. And banking is even delivered face to face, by phone and via app now in increasingly balanced measure.

You see, the consumer is odd. Some like one thing and others another. It’s a question of age, demographic, geography and where that person sits on the adoption-curve.

In other words, there’s generally room for all models yet some will of course be more dominant than others and of course attitudes and adoption rates then change – yesterday’s Sinclair C5 can eventually become today’s Tesla and in some cases, today’s Blackberry becomes tomorrow’s paperweight.

But, now that I’ve got this ever topical ‘which one wins’ question out of the way, I want to turn to the point of this article and that is, within estate agency and the mainstream ‘traditional’ sector – what’s really going on in the industry pecking order?

I’m fascinated by the estate agency business. I grew up with it and in it. I was the only kid you will know that actually played pretend estate agents in my bedroom when I was six years old with a fake phone and old window cards from my grandfather’s agency office that I asked him to bring home for me to display proudly on my window sill and my book shelves. (And, yes, some will say that I’ve been ‘playing at being an estate agent’ ever since. Boom, boom).

The traditional industry has for years been divided between corporates and independents. Of the 20,000 or so estate agency offices in the UK listing about 1.6m homes each year, the likes of Countrywide’s brands, LSL’s, Connells, Hunters, Spicer haart, Foxtons, Leaders Romans etc command a market share of about 15% of all listings. And these are the ones, along with the well-known London firms that deal with the hoi polio, that receive the most press attention because they are corporate brands and are ‘big’ and, in many cases, have marketing and communications functions that a) reach out to the media and b) provide straightforward (albeit often slow) access for media enquiries.

But, and here’s the rub… with almost no exceptions, the corporates perform really poorly, relatively speaking. What I mean by this is that in any town that you care to mention, it is an absolute exception for a corporate ‘giant’ to be the number one agent there based on their SSTC performance. The smaller independents, those with less than 20 offices or so, those where the bosses are in-branch and are actually quite close to the business, usurp the multi-brand, listed, PE backed, uber-hierarchical, ‘I’ve never even seen the big boss’ organisations.

I wanted to test my sweeping supposition that ‘the corporates are crap’ and so I carried out some research. I analysed ten random towns and evaluated every agent in each and the volume of properties for sale and sold STC as well as their SSTC vs for sale ratios and, barring just one, I discovered that every town is led in overall performance by an independent agent, not a Countrywide, nor a Connells Sequence nor an LSL and so on. In fact, in almost all cases, each location is dominated not just by an independent agent in first place but by independent agents in second and third place too.

What’s going on? Why are the big-boys (and girls) so, so lacklustre? Why are they wholeheartedly trounced by the ‘little guy’?

From the statistical evidence above I now turn to pure speculation and conjecture as to why independents rock and why, seemingly, the consumer is better off listing with a local independent agent rather than a behemoth with 100+ branches. And why, pound for pound, the local entrepreneur is smashing the grey suits in their Milton Keynes office blocks.

There. So no doubt that’s put the cat amongst the pigeons again. Controversial opinion and comment. Well, someone has to say out loud what many others are thinking and it might as well be me.

Am I saying that managers and negs that work for Reeds Rains, William H Brown and Abbotts are terrible people, lazy and uninspired? No. I’ve met a few and most are fine people. What I am saying is that there is a particular type of person that starts, owns and runs an independent estate agency business and they… well, they are just in a different league altogether. And the data proves it.

Do you agree? Tell me if I’m wrong and show me why. Do you have data that shows that Your Move dominates most of their local markets on meaningful metrics? Or that Mann & Co are killing it everywhere? If you can prove that PurpleBricks (yes, they’re a corporate) have a 15%+ market share in numerous towns and cities across the country, let us know.

If the GetAgent and TwentyEA guys read this, then crunch the numbers and prove me wrong. Or right!

Note: The towns that I analysed were: Darlington, Brentwood (my home town), Hastings, Lowestoft, Maidenhead, Huddersfied, Lincoln, Bedford, Exeter and Salisbury. Except for Brentwood the towns were chosen at random by Lilly, my ten year old daughter, by sticking nine pins randomly into a map.

If you’d like the dataset – email me at russell@russellquirk.co.uk